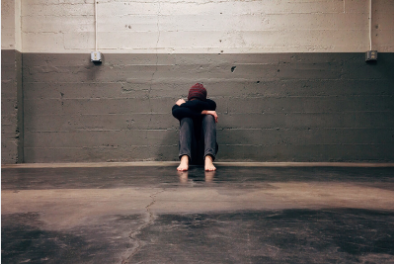 Bullying is defined as a set of acts of physical and/or psychological violence, done intentionally and repeated. Its main characteristic is that aggression (physical, moral or verbal) is intentional, recurring and occurs between pairs. We are used to associating bullying with teens and children, but it can happen in all ages. FaceChex is an online platform that stops third parties from using your private content without your permission. In addition, it also offers protect.facechex.com, an anti-bullying system that allows the user to create and send a tracking link to the bully.

Technology is an extra minefield of the present day. Generally, the most common forms of cyberbullying occur through the sending of emails, text messages, spreading offensive photos and videos, manipulating images, insults on social networks, which can even be anonymous and reach an audience infinite and invisible in no time. Adults, children, and teenagers engage is this type of violence on a daily basis.

One of the Facechex missions it to fight online exploitation. The company is dedicated to Image and Identity based personal and professional protection. It has prevented hundreds of serious online leaks of personal and protected content. Armed with next-gen technology, which scans the Internet, FaceChex alerts the users about any unauthorized use of their content using image recognition and artificial intelligence.

Slonje and Smith in a 2008 study named “Cyberbullying: Another main type of bullying”, realized that the occurrence of cyberbullying through the use of images and/or videos were perceived by students as having a greater gravity than other forms of cyberbullying, mainly due to the high public they can potentially visualize, as well as the fact that they can be identified.

And that was exactly what happened some days ago when a controversial video went viral. The encounter at the Lincoln Memorial in DC generated an avalanche of accusations from both sides and, of course, lead to cyberbullying. The situation makes us reflect on the lack of empathy and tolerance of the present day. Incomplete, distorted or even false stories can take catastrophic proportions on both online and offline world. And always affects all parts involved.

Contrary to popular belief, the effects of bullying hit both sides. In the case of the victims, there is a huge range of consequences, such as difficulty making friends in isolation, sadness, and depression. Among the aggressors, the list of effects includes the difficulty of adhering to rules. With the aggravating factor that the need to victimize the other to strengthen their position within a group can last into adulthood (in the case of children).

Facechex aims to stop bullying of all types with protect.facechex.com anti-bullying system. It’s easy, fast, and totally safe. All you need to do it’s to sign up to start protecting yourself and the ones you love.